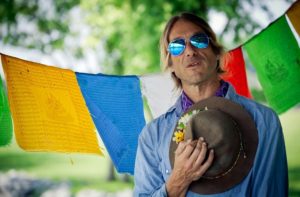 Todd Snider started making up songs in 1986.  He made an album in 1994 and he also started a tour the same year, that in a way, is still going.  Snider was discovered in Memphis, Tennessee by a longtime acquaintance of John Prine, which led to an opening act for the folk legend.  Since that time, he has earned a wealth of honors and accolades for his numerous original recordings. As a storyteller and a songwriter, he is well loved for his incredibly humorous wit, easily winning the hearts of his audience with a unique blend of charisma and humility.   You might say that he is an alternative, Americana, folk rock poet.  Or you could just say he is Todd Snider, a genre unto himself.  Either way, say you’ll be there for his return to Strawberry, for the first time since the Spring 1999 Festival.