PHIL SALAZAR AND THE KIN FOLK FOR FALL FEST 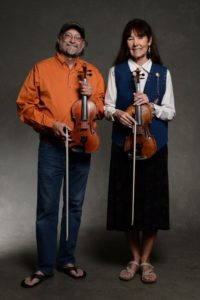 Phil Salazar and the Kin Folk is a group of friends who have been recording and performing together for over thirty years. They are known, and loved, for having successfully bridged traditional and contemporary styles of music, including but surely not limited to bluegrass, swing, country, jazz, Irish, pop and rock genres. Fiddle extraordinaire and fearless leader, Phil Salazar is a teaching, touring and studio artist who has performed and recorded with Bob Weir, Kenny Loggins, Jonathan McEuen, and Kate Wolf just to name a few. With this collaboration, Phil Salazar attracts “A” list talent including Tom Corbett (mandolin/guitar), and Bill Knopf (banjo), Rick Borella (bass), Bill Flores (dobro/almost anything with strings), and Charl Ann Gastineau (fiddle). Several of these fine folks have played with Phil on many a Strawberry stage, over many years times, including a past incarnation with the Acousticats in 1995, so we’re especially happy for Phil Salazar and the Kin Folk to make their returning debut to the Main Stage at the Fall 2018 Festival.