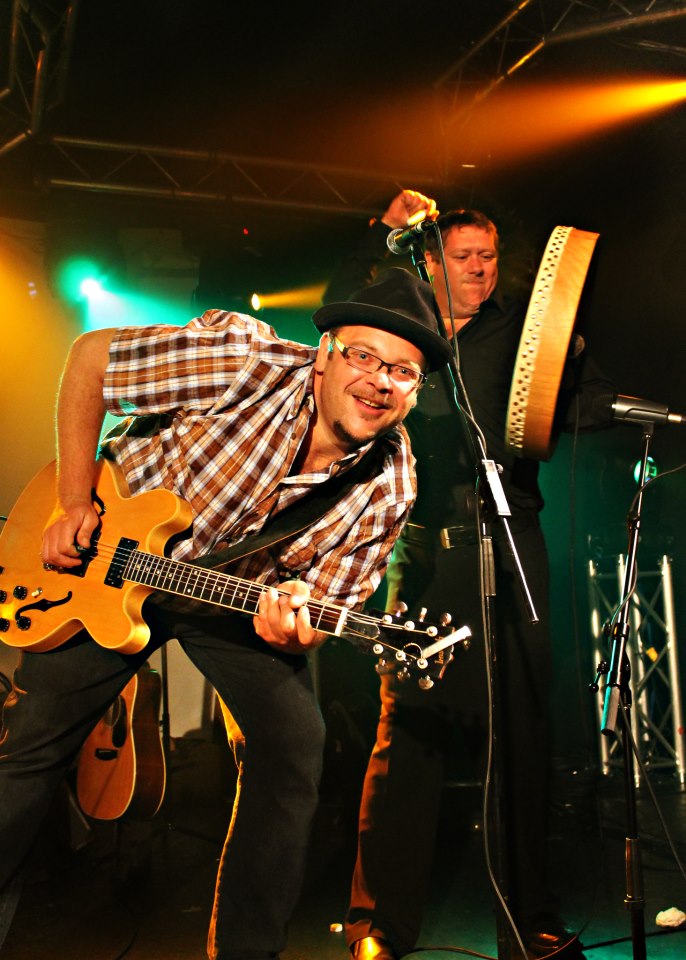 From the rocky shores of Newfoundland, Canada The Navigator’s formed in 2000 based on a unique combination of baritone voices and instrumentalists into a folk band that is as much known for its own original contemporary trad as it is for the traditional music. With three full studio albums, Soldiers and Sailors (2011);

Sea Miner (2009), Dance and Sing (2001), and a soon to be released (Spring 2023 Bay Bulls Cove ). The group has toured all of Canada, much of the US and Europe. The Navigators have created a name and following that just gets stronger every year.

The band’s first CD Dance and Sing was the longest running #1 selling CD in there hometown St.John’s, holding the spot for almost a full decade and is still the #4 best selling CD of all time! In 2021, The Navigator’s were invited to record a song from the Broadway musical Come From Away by its producers. Their version of Welcome to the Rock became an instant favourite and was released early as a part of Apple TVs movie version of the musical. We are so pleased to be returning to Strawberry 2023, see you all in May.