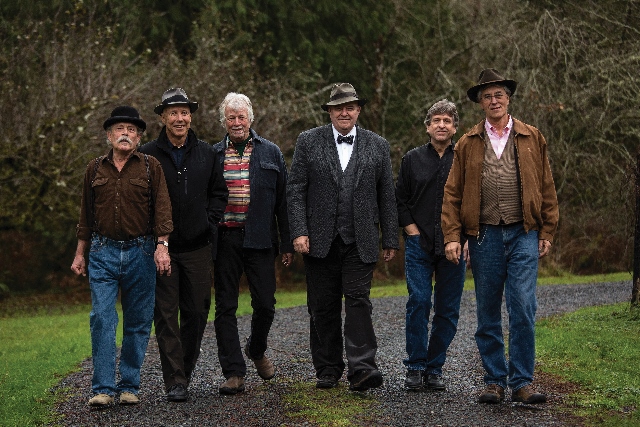 Easily one of Strawberry’s top five frequent flyers, starting with their first Main Stage appearance in 1986, Marley’s Ghost continues to enchant the audience with their superbly diverse style, each and every time. Nothing less than a national treasure, Marley’s Ghost is the capable inheritor of the archetypal Americana blueprint drawn up by The Band. A virtuoso aggregation composed of singer/multi-instrumentalists Dan Wheetman, Jon Wilcox, Mike Phelan, Ed Littlefield Jr., Jerry Fletcher, and Bob Nichols, the band can sing and play anything with spot-on feel, from roots to rock, blues to bluegrass, soulful gospel to stone country. Which is exactly what they've been doing—to the ongoing delight of a fervent cult that includes many of their fellow musicians—throughout their three decades as a working unit. If you're not already a Marley's convert, watch a few videos to see what all the fuss is about. And then we'll see you there, on Saturday afternoon, at Spring Berry.