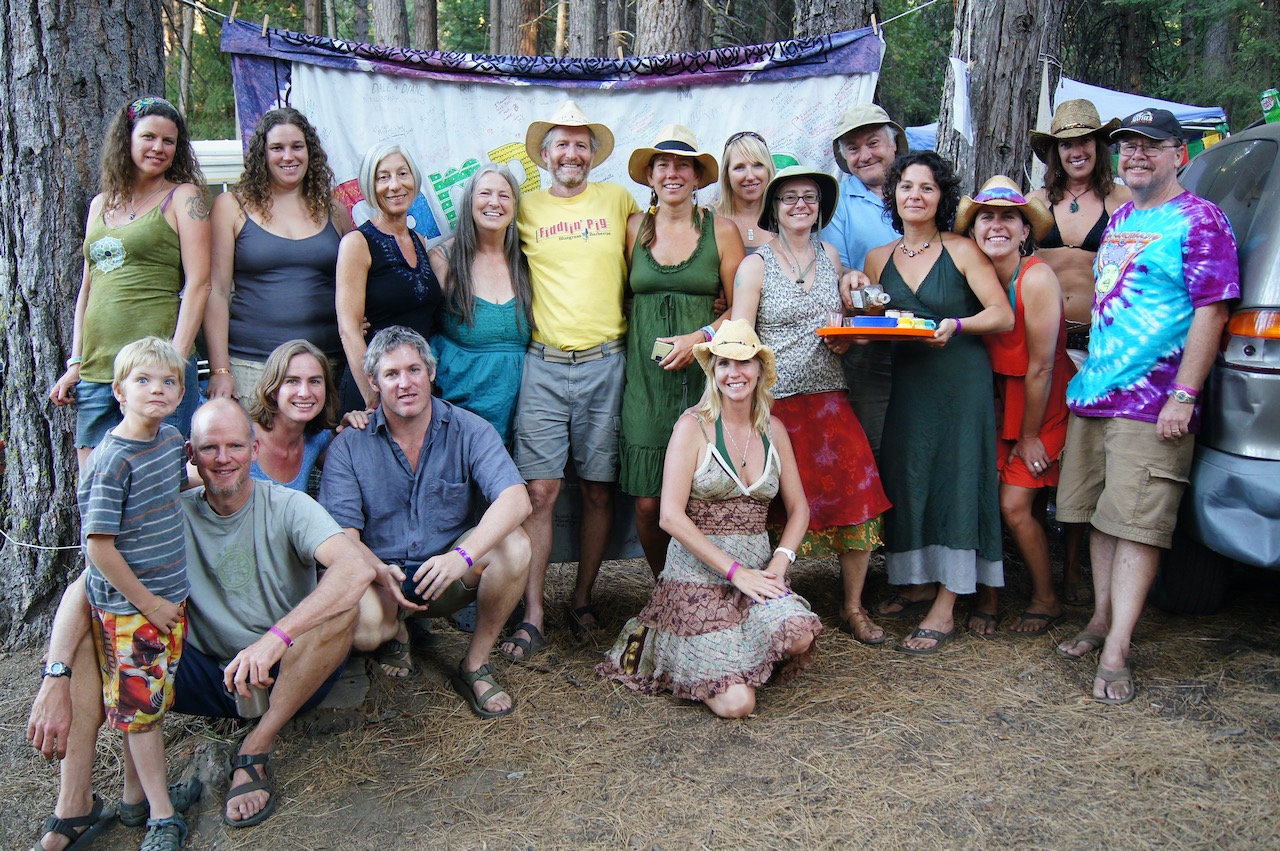 Camp O'Boy founding members Mark Pistrang and Pete Weigel first came to Strawberry in Fall of 1984. It took a few years, but we finally settled along Meadow View Trail near its junction with the walking path that crosses Coyote Meadow. The name O'Boy might remind some of Tim O'Brien's band, but actually is just Pete's favorite name for those small blue houses that always seem to be near. We named our camp in the early 90's.

Camp O'Girl was established in 1999, but the mainstay, Chris MacNeil, has been coming to Strawberry since the beginning of time, or 1983. In about 1997, her crowd met the Camp O'Boy folks, and the two began a consolidation process. As in most relationships, each camp wanted to have their own identity. So, Avery, the 4-year-old and youngest member of camp at the time, dubbed us Camp O'Girl. We got an official banner and have been one big happy family ever since! Keep the music coming!