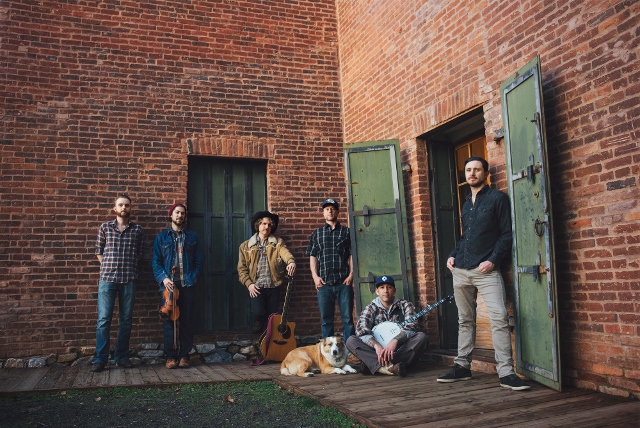 From the Sierra Nevada foothills, The Risky Biscuits bring an original mix of heel-kicking stompers and humble ballads, creating an eclectic mix of americana, bluegrass, rock, soul, and country. With members originating from Boston, New Jersey, Tennessee, and California, the Biscuits provide the kind of sound that only develops when backgrounds and styles collide.

That sound is rooted heavily in the meeting of instruments that cross paths, but rarely converge. The Risky Biscuits combine Nate Semprebon on lead vocals and keyboard, Travis Schlafmann on banjo, Kiel Williams on electric guitar, Austin Broder on violin, Andy Merrill on electric bass, and Sky Harris on drums. This blending of the amplified, and the acoustic is half of what makes this band stand out so much. The other half of course, is the music itself. The band aims to cross genres in a way that is progressive, yet fundamentally simple. That being said, you never quite know what you'll get when you see a show. Things can go from psychedelic, to folksy and back in the time it takes to grab a beer. Wouldn't be too "risky" of a band if switching it up wasn't a big part of the formula.