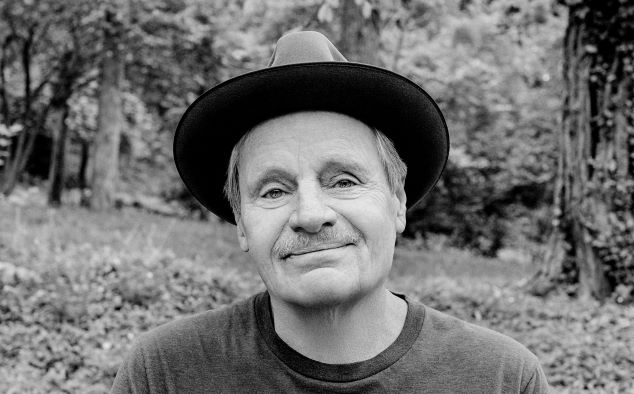 Ain’t Lost Nothin’: Texas and Tennessee
McClinton went home to Texas, met his second wife, and had his second son, Clay. They moved to Nashville, and he signed with ABC Records. In 1975, he released his first solo project, Victim of Life’s Circumstances. For the rest of the decade, McClinton released a string of successful albums and songs, including 1980’s Top 10 hit, “Givin’ It Up For Your Love.”

Changes in tax laws and liberal tax advisors caused Delbert and his friend, Willie Nelson to wind up in the same tax shelter boat in the early 1980s, a time that has often been called Delbert’s “Lost Years.”

“No. I wasn’t lost. I know where I was,” Delbert says, “ I was working for the IRS. They decided that I owed them several hundred thousand dollars. So I was playing for $700 a night and traveling with a loyal band, with the mattress I was born on under a camper shell in the back of the pickup Sometimes the feds would show up at the gig and want all of our money. But we managed to get to the next gig.”

Pledging My Love: The Good Life
Along the way, he met his forever wife, Wendy Goldstein, a news producer for NBC, who agreed to a date after he played Saturday Night Live. A whirlwind romance followed. (She admits that the network held a position for her for 18 months, just in case she changed her mind.) Nearly 30 years later, she is still on board. And thanks to Wendy, Delbert got straight with the IRS, and has celebrated the greatest successes of his career, including his third child, a daughter, Delaney.

McClinton earned his first Grammy nomination in 1989 for Live from Austin and his first win in 1991 for his duet with Bonnie Raitt on “Good Man, Good Woman.” The following year, McClinton collaborated on projects with Melissa Etheridge, Tom Petty, and Tanya Tucker, with whom he partnered on the popular, “Tell Me About It.”

McClinton earned two more Grammys and topped the Billboard Blues chart with a series of albums in the 2000s, including Nothing Personal, Cost of Living and Acquired Taste. He teamed up with Clark again for his most recent release, Blind, Crippled and Crazy.

Delbert is driven by the lessons of his mentors, and shares what he has learned with those who follow the path.

Giving It Up For Your Love: What’s Next
Delbert McClinton has big plans up his sleeve. This is a big year for the multi-Grammy award winner and legendary musician. In November, Delbert turns 75. Live shows have been his focus and bread-and-butter throughout his career.

He will be kicking off the yearlong Diamond Jubilee tour with more rocking energy than ever before. And it’s time. Last year was a turning point.
2014 was a rough year. In March, his son, Austin musician Clay McClinton, was in a car accident and suffered a head injury. Delbert and Wendy got the call in Nashville in the early morning hours from oldest son Monty, and flew to Austin to stay by Clay’s side in the hospital for several weeks.

As Clay began to show signs of improvement, Delbert headed out to Florida for a show. He recalls, “We got to the venue. I thought I was having heartburn. It got worse. I knew something was not right. They called EMS. They checked me out and told me that I was okay now, but should probably go to the hospital and find out if I had a heart attack. I didn’t go with them, but had the promoter take me to the hospital, and found out that yeah, I had a little “nudge,” they called it. They did a heart cath the next day and found that I had 95% blockage in the main artery. A Widow Maker, they call it.”

The same can be said for Delbert. He has also made an incredible recovery. Delbert returned to the stage two months after his April, 2014 heart surgery. “I didn’t know if I could sing. I didn’t know if I could be me,” he said, “but I found that I had so much more energy and more stamina. From 95% blockage to open road. It made a big difference.”

Everything Will Be Rosy: The Future
And now Delbert has taken to that open road, full speed ahead. He is playing in legendary, historic, and top venues from New York to California. He is planning his 22nd Annual Sandy Beaches Caribbean Cruise in January of 2016. He’s working on a new album, and plans to have it ready to go in time for the Diamond Jubilee Celebration. He has one of the hottest bands he has ever toured with. And he is writing like never before.

The music for the new album is new and fresh, and maintains that Delbert McClinton signature. He easily describes what some struggle to define: “Call it blues or country rock or American roots or whatever, but one of the most important things about my songs continues to be that there is always a way out. Nothing I write spirals into the abyss. It’s all ‘I’ll be all right.’ The music is mostly so positive, in that ‘I’ll be okay’… ‘and maybe if’… ‘I’m hoping that’ frame of mind…. I always want to have an uplifting draft in the breeze of the song.”

So what keeps the energy in more than 60 years of music? His incredible musical versatility has been a blessing and a curse. He has managed to stay ahead of the curve – rather than just riding the wave of musical popularity. He has paddled out and caught the wave as it is forming as an innovator in American music.

Delbert has found more than a million friends on the road, on the Sandy Beaches Cruises and on stages around the world. His new album project includes a signature song that is easily his soundtrack for this year:

Everything Will Be Rosy
Hearts get broken every day
You can’t let that get in your way
Soon enough those tears will fade
Everything will be rosy.

Sometimes life gets so absurd.
The trick is learning how to handle the curve.
Get a grip don’t lose your nerve.
Everything will be rosy.

There gonna be hard times, good times,
All along the way.
It really ain’t none of my business,
But I’m gonna tell you ‘bout it anyway.

You don’t have to answer. You’re nobody’s fool
Listen up. I got news for you.
You gotta find a way to lose your blues,
And everything will be rosy.