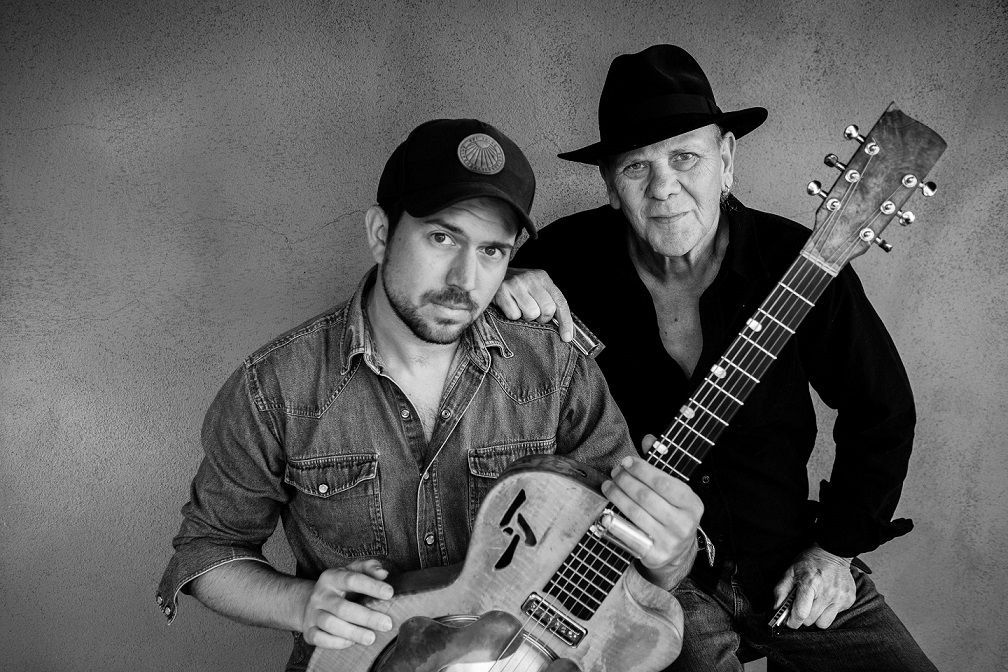 David Jacobs-Strain is a fierce slide guitar player, and a song poet from Oregon. He is known for both his virtuosity and spirit of emotional abandon. David displays a range that ties him to his own generation and to guitar-slinger troubadours like Robert Johnson and Jackson Browne. “I try to make art that you can dance to, but I love that darker place, where in my mind, Skip James, Nick Drake, and maybe Elliot Smith blur together.”

Bob Beach’s career has spanned more than 45 years. With his roots in blues, rock and folk, his innate feel for the music transcends genre, and can be integrated into everything from hip hop to bluegrass to kids’ cabaret and more.

“Bob Beach, you snuck into the tunes with us with the grace and sensitivity of an old school sax man, making everything better while calling attention to the music not yourself” - Scott Ainslie, blues musician & educator

David and Bob have been performing together since 2010. They currently perform between 70 and 100 shows a year on both east and west coasts. Their live show moves from humorous, subversive blues, to delicate balladry, and then swings back to swampy rock and roll.

“David Jacobs-Strain and Bob Beach blew me away last summer at Swannanoa. As we say at home, they knocked my hat in the creek. I can’t envision the audience that could fail to take to them from the first chord and to the last. Hear them yourself as soon as you can.” -Tom Paxton